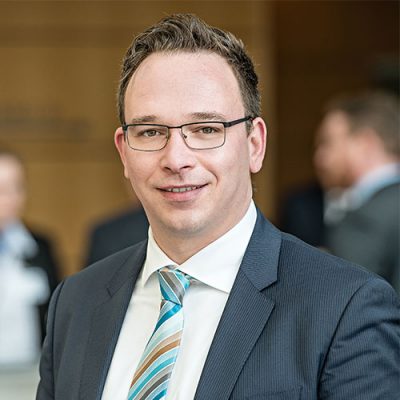 André Kaufung has been Managing Director of innos GmbH since 2015 and became partner in 2016.  innos GmbH is a specialist for the management of new technologies, cluster development and technology networks in, for example, the fields of electromobility and lightweight materials. The company’s strength of bringing together the right partners from industry, politics and research is one of the key qualifications to paving the road for innovations. André Kaufung was appointed Office Manager of the registered CharIn association in 2016 when innos GmbH took on the job of managing CharIn.

During his studies, André Kaufung began his career as Sales Director at a Tier 1 supplier in the automotive industry. Later, as Business Development Manager, he worked in the field of measurement and calibration technology. His main key tasks and areas of expertise: The conception and realisation of worldwide networks as well as the conception of international strategies. He is an experienced manager in the sector of international B2B affairs for products of high complexity. Among the general management of different subsidiaries of German SME’s in the US, UK, India, South America and South and South East Asia, he has organized and implemented local fairs and has given lectures and moderated workshops worldwide.